In the last post I started a mini-series of articles about home printing hoping to prove that whether you make your living from photography, have a passion for it, or simply want to capture life’s important moments, it needn’t cost the Earth to display your work. For most of us the photographs we will print will not be large – the average home usually has few big walls and they usually have windows in them – and so most people will be looking at anything up to A2 in size. But there is no denying that, if you do “go large” then the impact can be dramatic.

This fact hit me, almost literally, earlier this week when I walked into the office and the walls – which were up until recently just plain painted surfaces – had been transformed. 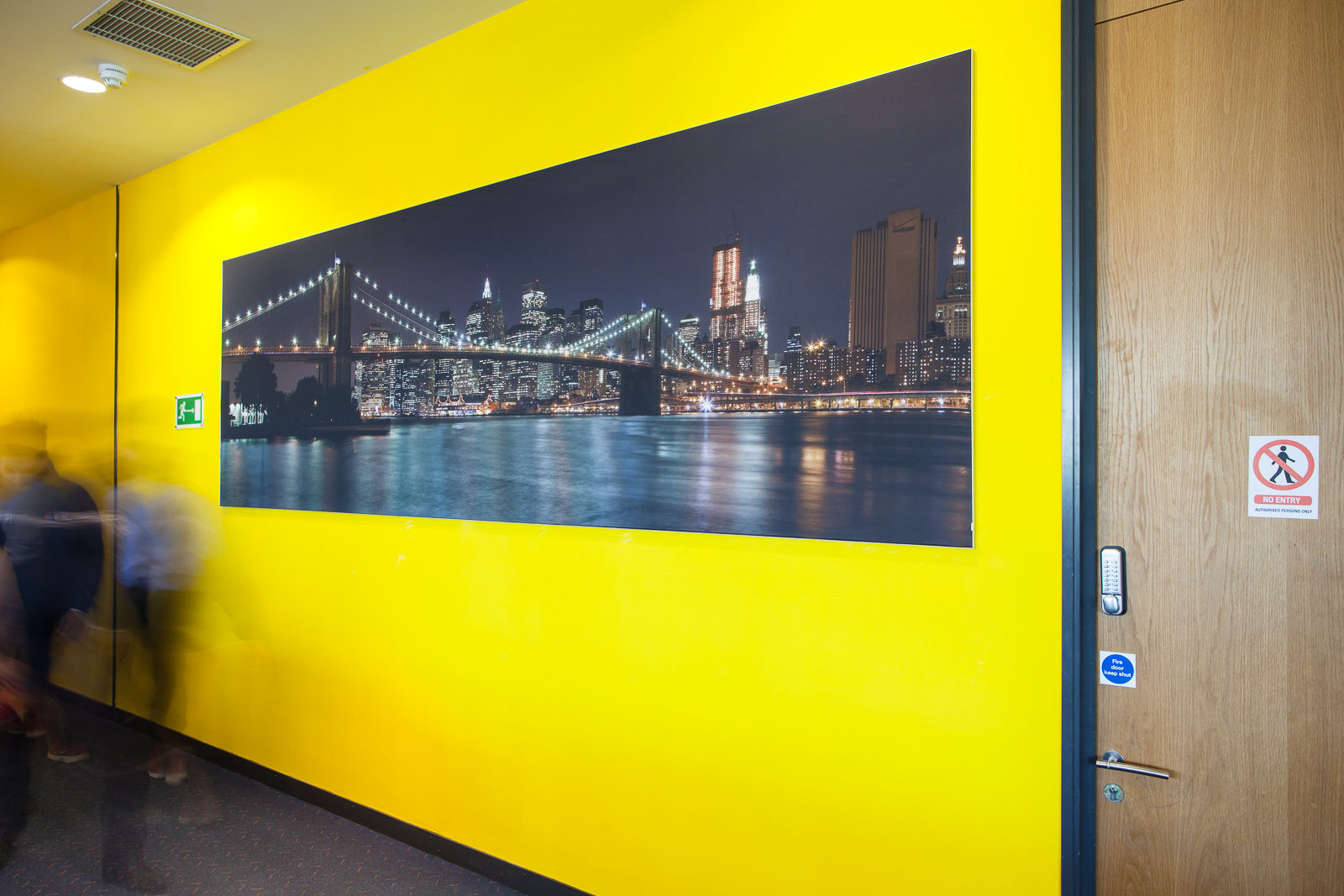 There’s no denying that a large image or graphic makes a striking statement, but you have to choose carefully. The image should be timeless and detailed enough to reward people for repeated viewing with details they’ve missed in the past. [Click to enlarge]

At a whopping 3.8 metres this is the feature piece along the longest wall and, given the size, a multi-shot panoramic image was going to be the only thing that would have enough resolution to be printed at this size.  When I was told how big the canvas would be, I did have reservations as to the final quality however I needn’t have worried – the 11,500 by 3,800 pixel panorama scales very well.

The smaller meeting rooms are basic affairs; we spend most of our time out with customers and so having lavishly appointed meeting rooms would be a bit of a waste when the rooms do not need to impress, but merely need to be functional. Still having a large canvas on the wall adds a splash of colour and interest to an otherwise cold-looking room. The 21 megapixel  Canon 5D Mk2 provided more than enough resolution for the 150cm by 100cm canvases. 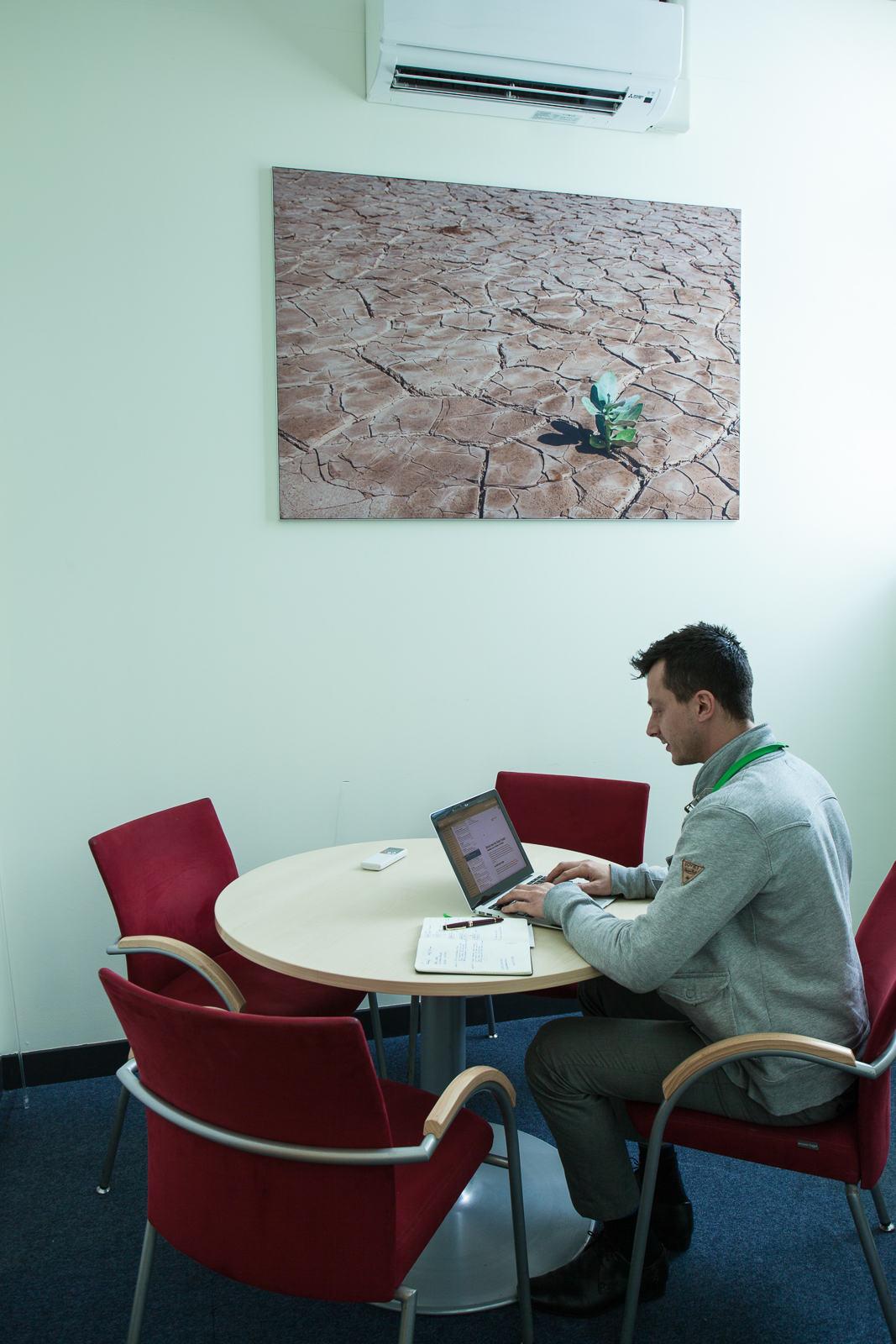 Meeting rooms can be clinical places often decorated as an afterthought, if at all. Add a feature image (and maybe a potted plant or two) and even small rooms can feel more welcoming. [Click to enlarge] 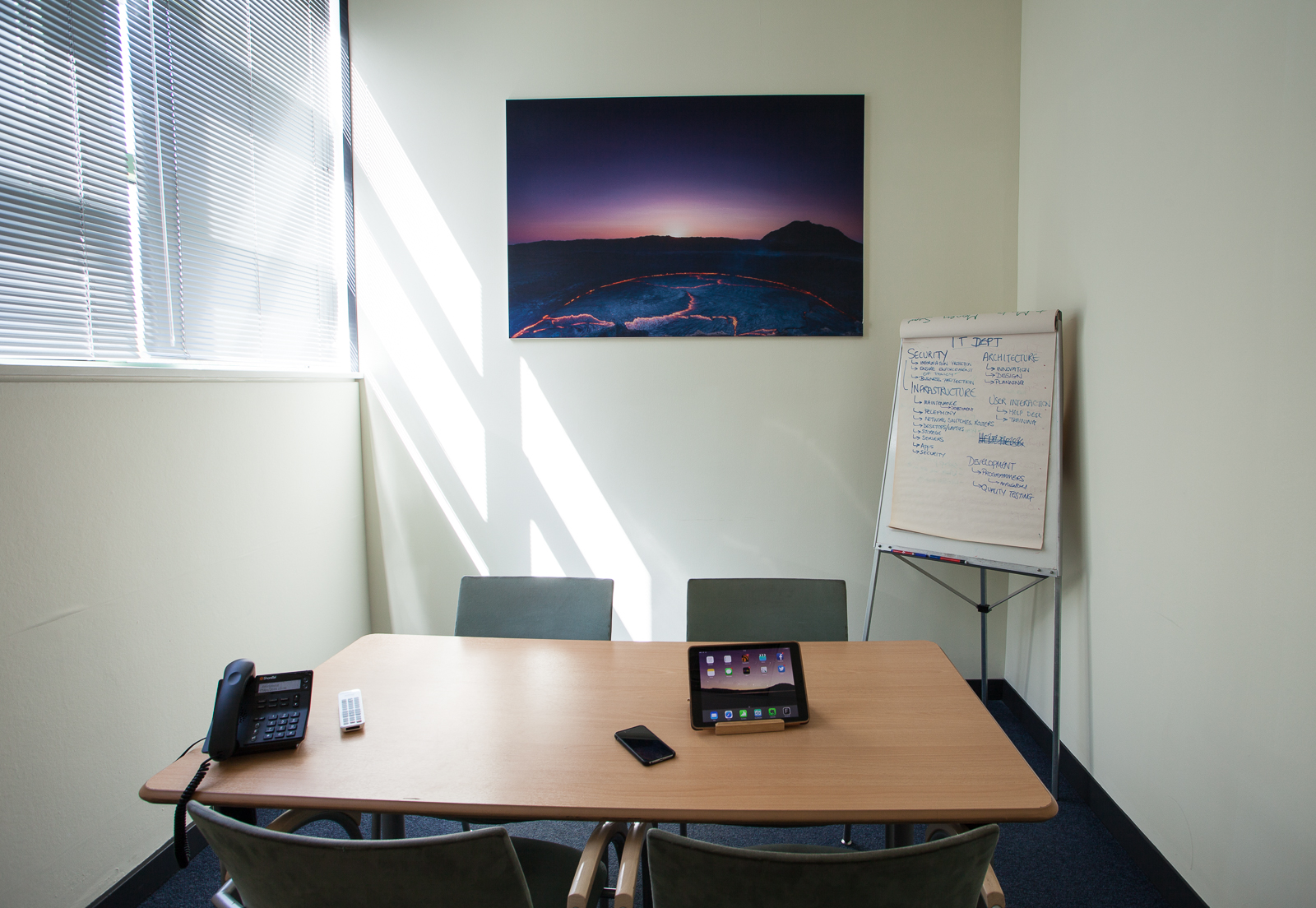 It is a great way to encourage employees to take pride in the appearance of their place of work – by making it personal. [Click to enlarge]

People often get hung up on the number of megapixels and I’ve often seen this is a driving reason to upgrade the camera; after all, surely 20MP is better than 10MP? Whilst a larger pixel count, if implemented correctly, can mean higher definition images, that should not mean that that old 10.1MP camera is ready for the scrap heap. Here’s an image from the 10.1MP Canon 40D on the same 150cm by 100cm canvas. It is almost tempting to suggest that, if you’re thinking of heading out on a one-time trip of a lifetime and want to have a backup camera without a large investment, pick up one of these older camera bodies on eBay for a shadow of their original cost. 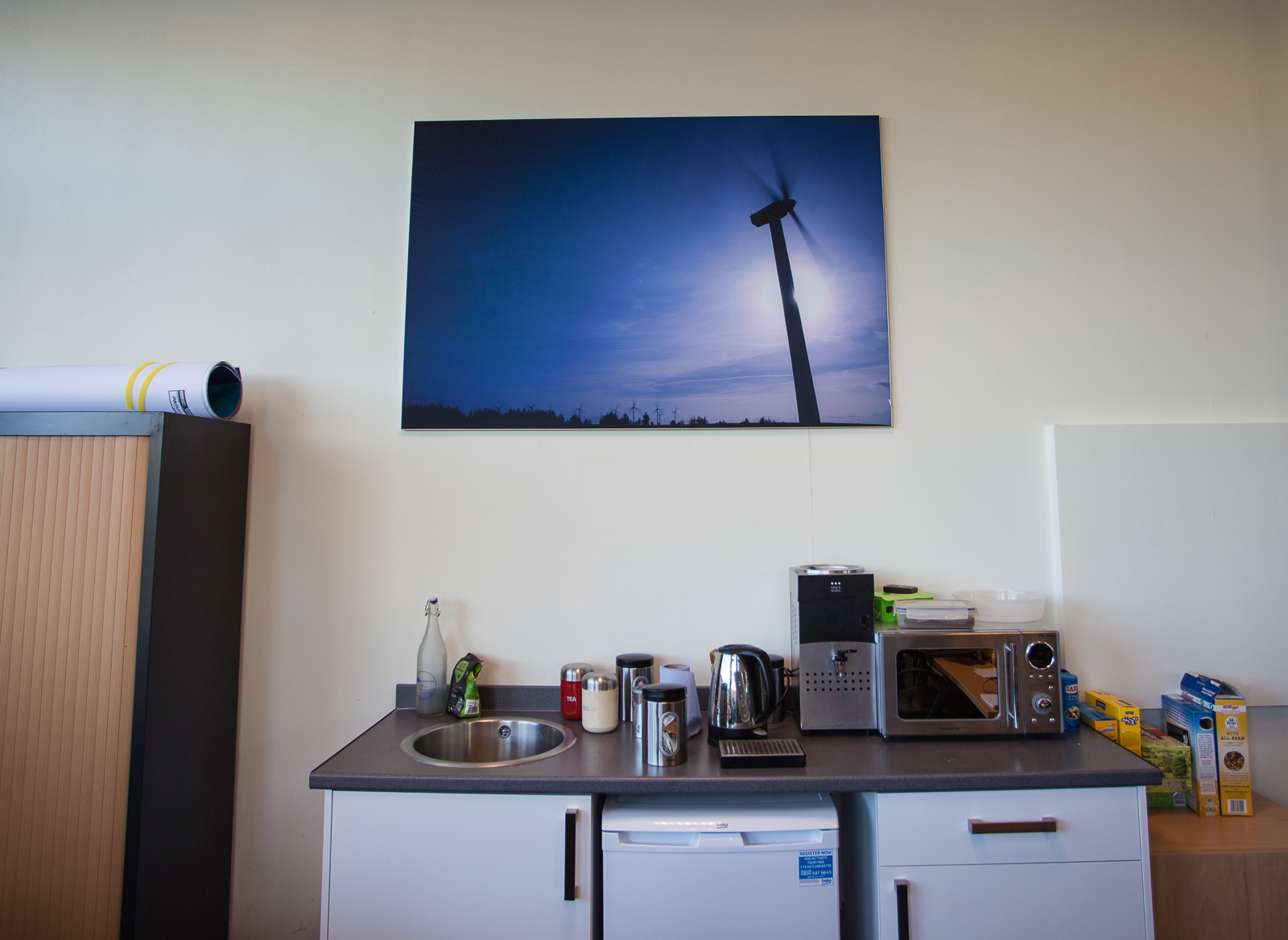 In my professional life I spend my time visiting clients across the UK and spend much of that time in their offices. Over the years I’ve been in upwards of six hundred different offices ranging from modern energy-efficient open plan spaces to warehouses to old national heritage buildings. I also spend a lot of time in hotels. So I think I am reasonably qualified to make the following statement: Impersonal spaces, such as offices and hotels, benefit from having artwork for the walls, even if it is an abstract of some form. They ‘feel’ lived-in and more, well, welcoming. And if you’re trying to get the best out of people, making them feel welcome is a pretty important first step…

This entry was posted in Process and tagged printing, process, selection, Tips.