Even when I first became interested in photography and I was in my ‘photograph anything and everything’ phase there is one subject that I’ve never been particularly bothered about: wildlife photography. But, you can’t visit Iceland and not realise that there is something unusual about the Icelandic horse; they look, well, different.

Before arriving in Iceland I had used Google image search to get an idea of the various sights worth seeing and there were quite a few of the Icelandic horses, including one particular one of a white horse. It was a head-on shot of the horse with parts of the surrounding field and its tail in the background. But it was too noisy for my minimalism-craving brain – too many visual distractions – and I found myself recomposing the image in my head.

This horse was found just west of one of my most favourite places along the southern coast, Vik; the only white horse in a field of chestnut ones. It wasn’t difficult to get the horses to come close, presumably as they were curious to see if I had any food. What was difficult was to get this white one to come close and then stay interested long enough for me to lie down and capture him against the white sky. 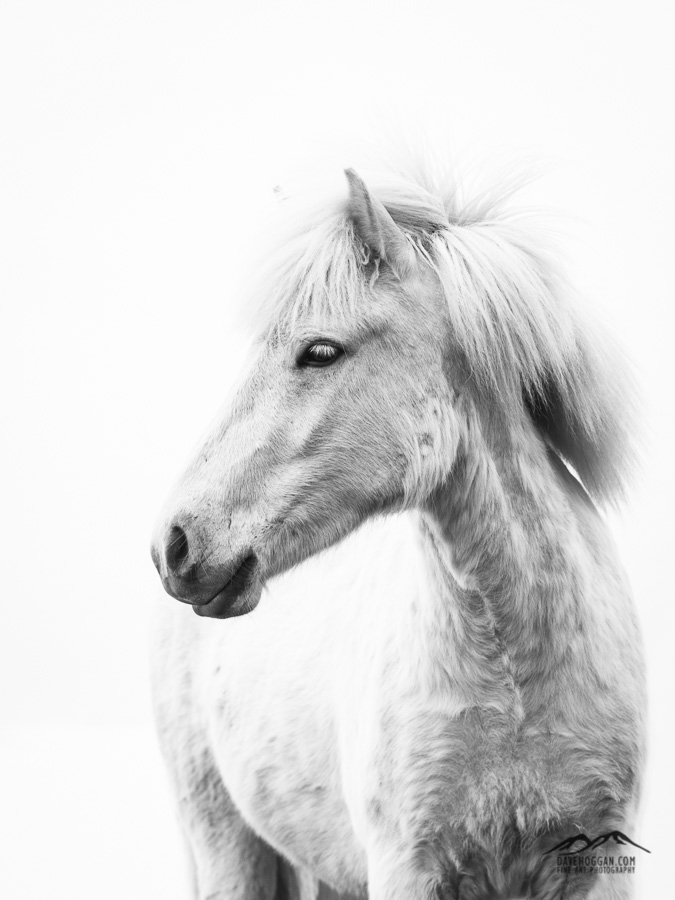 Volcanic regions do not need to be full of big, imposing mountains that threaten to rain lava down on the land. They can be small and delicate – more fragile than an eggshell. One such region is Dallol, Ethipoia.

Dallol is a hot spring region where super-heated steam saturated with dissolved minerals explosively vents from cracks in the Earth’s crust. As the steam cools the minerals crystalise out and form beautiful – and exceptionally fragile – crusts. The crusts at Dallol are less than a millimetre thick and less than 15cm in diameter. 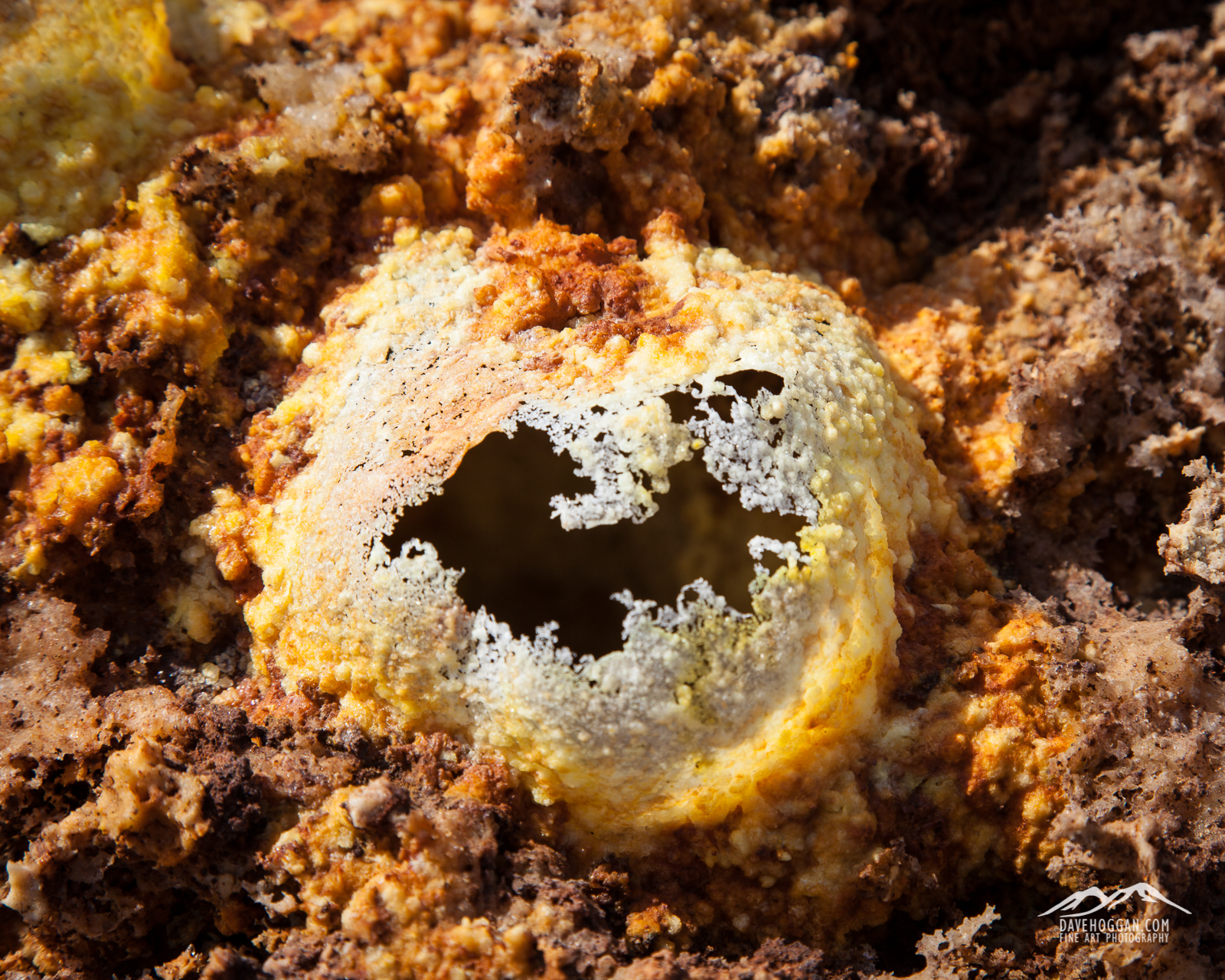 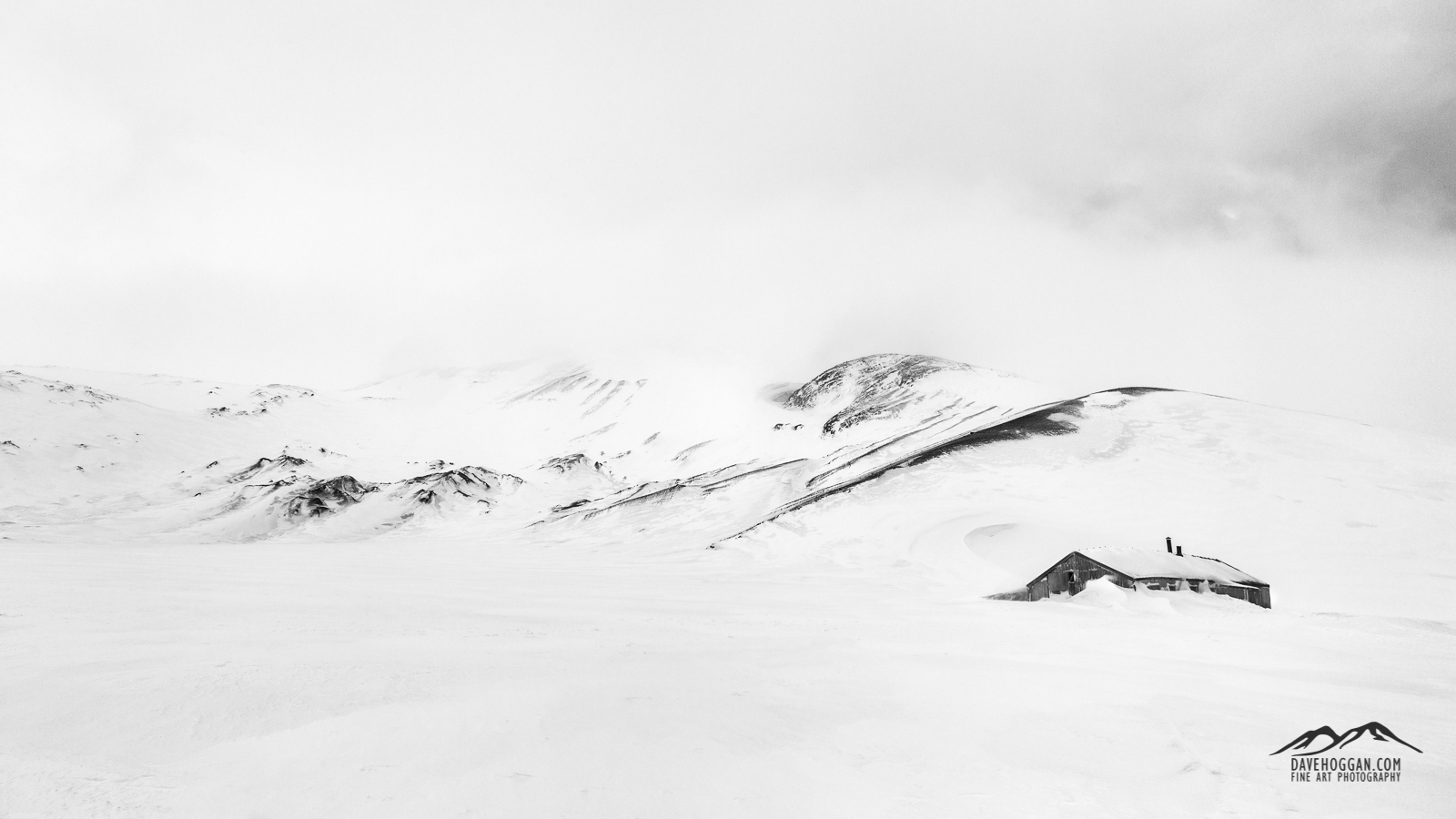