You know that you’ve got a lot of sand dunes on your hands when the naming convention gives up on being creative and simply gives them a number, however in this case the ’45’ in Dune 45 refers to the distance in kilometres from the entry gates into the Namib-Naukluft National Park at Sesriem. Even so, it isn’t perhaps the most inspired of names.

At a height of approximately 170 metres Dune 45 certainly isn’t the highest dune in the area – some extend to well over 300 metres – but it is a rather picturesque one whose orange-red sands appear to catch fire in the dawn and dusk sunlight. But it was the gentle curve running up between two of the slipfaces that immediately caught my eye as we were driving past en route to Deadvlei.

With a tighter crop this could make an interesting abstract however I feel the inclusion of the heat haze-distorted trees not only adds a sense of scale but also strengthens the sense of heat. I did consider leaving in more of the barren, rocky foreground – making the trees a thin sliver of life sandwiched between two barren environments – but it the end this crop just feels better. 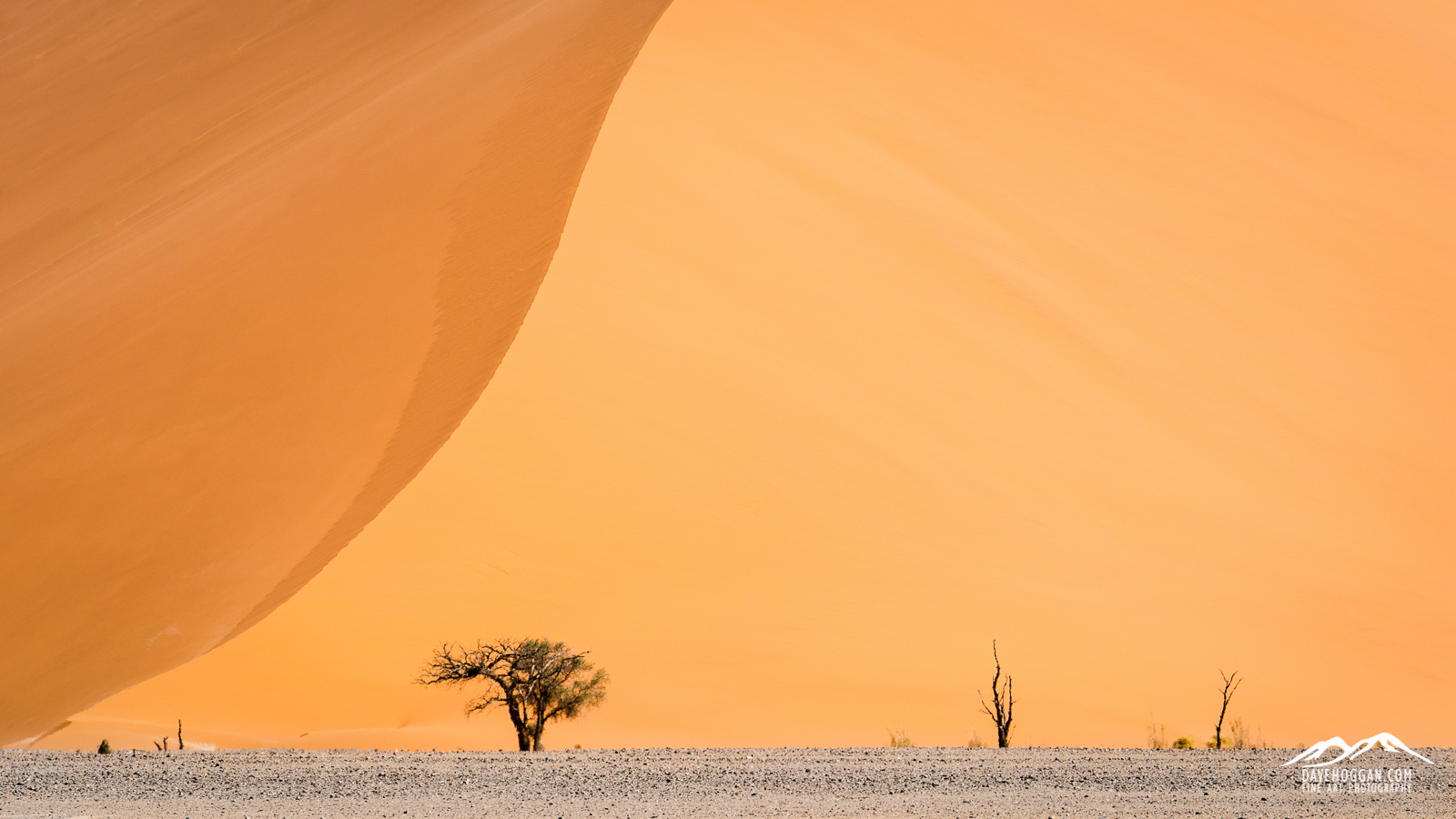 This entry was posted in Frame by Frame and tagged Africa, desert, Namibia.