If I had to choose one location in Namibia that I enjoyed shooting more than the others it would be Deadvlei.

Once a marshland (vlei translates as marsh) the shifting sands of the desert isolated the area around 650 years ago. The intense desert sun baked the clay ground into a rock-solid block whilst the trees blackened as they slowly desiccated. What remains are the ancient skeletons of trees, self-made gravestones, surrounded by some of the highest sand dunes on the planet.

Despite being an hour’s drive from the nearest human population followed by a half hour walk across the dunes, Deadvlei is one of the most popular locations in Namibia. As such it does not take long after the first visitors arrive for the pristine sands, uniquely sculpted by the wind each night, to soon become a discordant jumble of footprints.

But we were lucky enough to be there for some night shoots – something not typically possible due to the national park gates closing at dusk and opening at dawn – and so we were the first people to see Deadvlei at the start of a new day. In fact if you look very closely at the photograph you’ll notice something odd about the foot prints: They are leaving the vlei. Despite the apparent silence we experienced from our arrival at 3AM the wind had quietly blown our footprints away leaving us a blank canvas when we departed at 7AM. 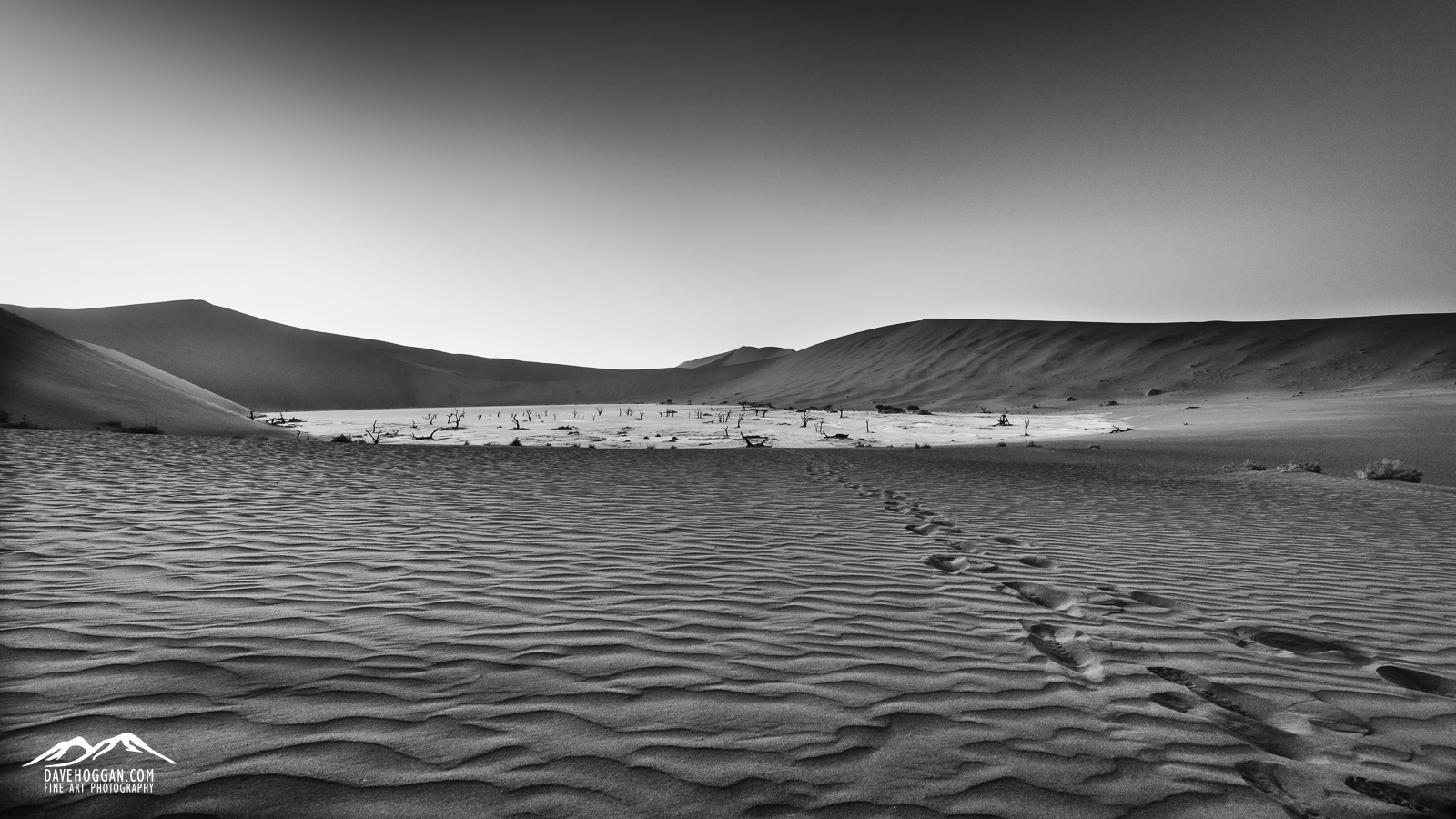 This entry was posted in Frame by Frame and tagged Africa, B&W, desert, Landscape, Namibia.